Italian League Results – Juventus Vs AC Milan draw, Mourinho’s troops lose – The Juventus vs AC Milan duel ended in a draw, while Jose Mourinho’s AS Roma lost in the fourth giornata of the 2021-2022 Italian League. Grande partita Juventus vs AC Milan at Allianz Stadium, Monday (20/9/2021) early morning WIB, ended without a winner. Both teams had to settle for a 1-1 draw with Juventus, who were the hosts, taking the lead when the game had only been running for four minutes through Alvaro Morata’s chip kick. 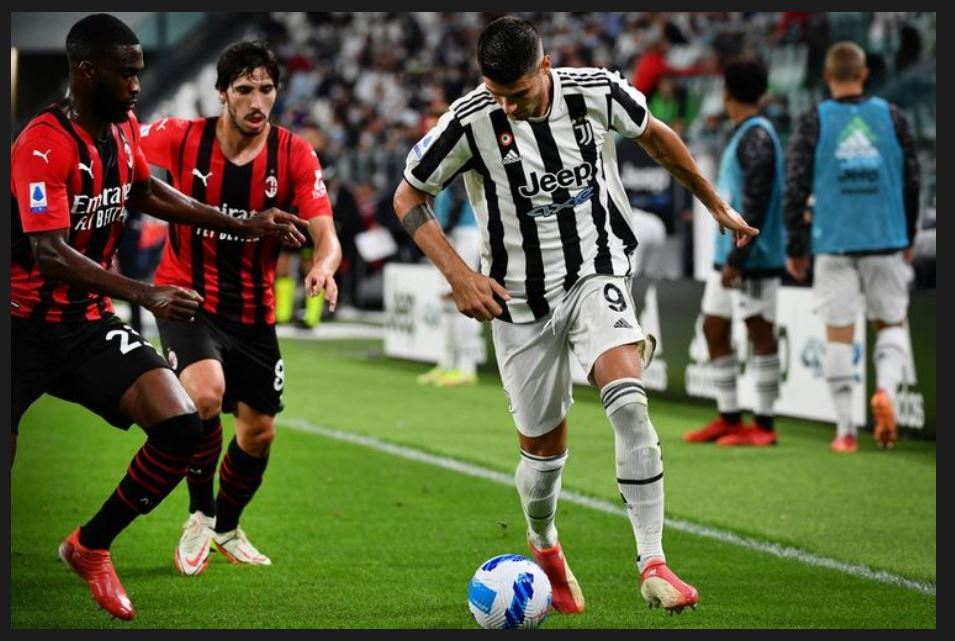 AC Milan could only reply in the 76th minute through Ante Rebic’s header. With this draw, the Bianconeri still cannot win until this Serie A season has been running for four weeks.

Meanwhile, for the Rossoneri, this draw extends their unbeaten trend in the Italian League this season. In the previous matches, Stefano Pioli’s fleet won successively over Sampdoria (1-0), Cagliari (4-1), and Lazio (2-0). In another match, Lazio were only able to draw 1-1 against Cagliari at the Stadio Olimpico, Rome, Saturday (19/9/2021) night WIB. Two goals from Gli Aquilotti – Lazio’s nickname – were scored by Ciro Immobile (45′) and Danilo Cataldi (83′).

The Cagliari goals were recorded by Joao Pedro (46 ‘) and Keita Balde in the 62nd minute. Lazio’s Italian League results are better than their city rivals, AS Roma. Roma went home without points from Hellas Verona’s headquarters, the Marcantonio Bentegodi Stadium, following a 2-3 defeat. Two of the Giallorossi’s goals – AS Roma’s nickname – came from Lorenzo Pellegrini (36′) and the suicide of Verona’s Ivan Ilic (58′). Meanwhile, Hellas Verona scored through Antonin Barak (49′), Gianluca Caprari (54′), and Davide Faraoni (63’).

this is the first defeat of Jose Mourinho’s troops in the Italian League 2021-2022. Previously, Roma had always won in their first three matches, namely over Fiorentina (3-1), Salernitana (4-0), and Sassuolo (2-1).

READ  The final tally and my thoughts: Wake Forest falls to a setback at the hands of Ty Chandler.
Share