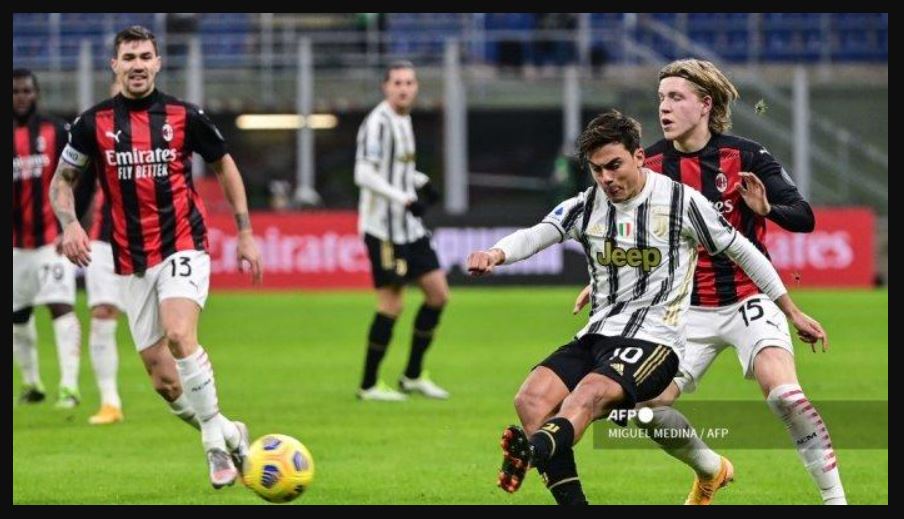 AC Milan forced Juventus to drop into the relegation zone of the 2021-2021 Italian League standings after the two teams faced off in the fourth giornata.

The game runs at a fast tempo. The Rossoneri were surprised by a quick Juventus goal scored by Alvaro Morata (4′).

However, AC Milan, who dominated the match, was able to equalize in the second half, precisely in the 76th minute, through Ante Rebic’s goal.

Neither team was able to score the winning goal. A 1-1 draw became the final result of the grande partita Juventus vs AC Milan.

With this draw, Milan continue their unbeaten trend in Serie A. So far, Il Diavolo Rosso have packed three wins and one draw.

That good start maintains AC Milan’s position at the top of the Italian League standings.

They now sit in second place with a collection of 10 points, equal to Inter Milan at the top.

Meanwhile, for Juventus, this draw made them winless in their first four matches in the Italian League.

The Old Lady was only able to pack two draws and two defeats. As a result, Juventus was scattered at the bottom of the Italian League standings.

Massimiliano Allegri’s troops are currently ranked 18th in the relegation zone with a collection of two points.

Juventus are level on points with Cagliari in 19th place and only better than Salernitana (pointless) at the bottom of the Serie A table.

Meanwhile, AS Roma failed to get additional points in the fourth giornata, following a 2-3 defeat to Hellas Verona.

The club managed by Jose Mourinho is still collecting nine points and occupying the third position standings. The position of the Giallorossi is prone to being evicted by the team below it, Napoli (9 points), which has only played three times.